This report describes the typical weather at the Angkor International Airport (Siem Reap, Cambodia) weather station over the course of an average year. It is based on the historical records from 2006 to 2012. Earlier records are either unavailable or unreliable.

Over the course of a year, the temperature typically varies from 21°C to 35°C and is rarely below 19°C or above 37°C.

The warm season lasts from April 4 to May 7 with an average daily high temperature above 34°C. The hottest day of the year is April 19, with an average high of 35°C and low of 27°C.

The cold season lasts from September 13 to January 23 with an average daily high temperature below 31°C. The coldest day of the year is January 3, with an average low of 21°C and high of 30°C

I hope this information will be helpful when you plan your visit to Siem Reap – Cambodia.

From personal experience of someone living in Siem Reap I am confident to advise about coming during the “wet” season  as the weather is actually quite pleasant and it does not rain every day – when it rains it is usually in the form of a tropical storm lasting between 30 minutes to two hours and is usually in the late afternoon, evening or overnight. It happens to be the low season in Siem Reap because many people are misinformed about the amount of rain and number of rainy days here.

Advantages of coming during low season are multiple – from better deals from air-line companies and hotels to much more pleasant condition for visiting the Angkor Temples, which are free from big crowds. The only disadvantage I can think about is a lower chance of capturing Sunrise at Angkor Wat due to the morning clouds – however, some of the most spectacular photos of Angkor Wat Sunrise were taken on partly cloudy mornings. The only time Siem Reap weather is uncomfortable is during April/May (very hot) and mid-September to mid-October (peak of a wet season).

“I Made A Gay Film Inspired By My Experience Falling For…

OnlyFans Creator Arrested for “Obscenity” over images of…

You will love recent production by Reno Gold – “Elf Fuck” 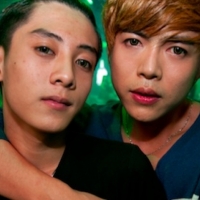