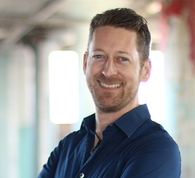 Paul J. Heney is a lifelong writer and avid world traveler. He’s served as Editorial Director for several hospitality magazines, including Luxury Hotelier, Hotel Design, and Hotel & Motel Management. Paul’s travel passions vary, ranging from urban exploring to hiking in the mountains to finding the perfect beach. He has written extensively about family travel, green issues, cruises, and LGBT travel issues. He has won multiple Azbee awards for writing from the American Society of Business Publication Editors and served as National President of the association from 1999-2003. He lives in suburban Cleveland with his partner and two sons. Follow him on Twitter at @paulheney or Instagram at @paulheney.

We’re way past the typical Pride events that cluster in and around June, but that doesn’t mean there aren’t some fun queer travel opportunities in the colder months of the year. Here are six exciting events in November that you should consider.

Who wouldn’t want to party in warm Puerto Vallarta, Mexico in mid-November, when much of the United States is experiencing some major shivers? From November 3-11, Club Atlantis takes over the entire Hard Rock Vallarta resort, promising to create a safe, friendly all-gay beach vacation for queer travelers.

The five-story resort faces one of Mexico’s most picturesque bays and is all-inclusive. Atlantis says it is customizing the experience with gay and lesbian programming all week long.

The resort features five restaurants, featuring Italian to sushi to Brazilian fare. And Puerto Vallarta is consistently ranked as one of Mexico’s favorite gay destinations. We can feel the sand between our toes already!

Check Out Some Argentinian Pride

Buenos Aires, in addition to being one of the most dynamic cities on the planet, is a huge gay bastion—and it features legions of gorgeous men. On November 17, the South American capital city holds its annual Gay Pride Parade, kicking off at 2:00 p.m. and lasting for two hours. The parade begins with a “diversity festival” that features live music on the main stage in Plaza de Mayo. Even better, admission is free!

In fact, this event is the culmination of a whole week’s worth of Pride activities in this city, which some call the most gay-friendly destination in Latin America. More than 100,000 spectators are expected, making for a pretty amazing party.

Moving a little further northward on the continent, the annual Heaven & Hell Festival moves to Porto de Galinhas, Brazil and will be held from November 15-18. The festivities will take place at the Enotel Resorts & Spa. Details on this 10th-anniversary event are at hh10.com.br/pacotes/pacotes-promocionais. Expect plenty of food, beach, and music at this popular gathering.

If you’ve been pining for some desert action, Greater Palm Springs Pride will be held from November 1-4. This year’s theme is Youth Power for Change, celebrating the youth-led movements affecting social change, from Black Lives Matter campaign to the anti-gun violence initiatives stemming from the Marjory Stoneman Douglas High School shootings in Florida.

The Pride Parade begins at 10 a.m. on November 4, but there’s so much more leading up to it: Halloween parties, a candlelight vigil, pool parties, interfaith services, a street party, meet and greets, a pride run/walk, and specific events for lesbians and the transgender community.

The Hong Kong Pride Parade will be on November 17, and the city is an exciting place to be for the queer community, having been awarded the 2022 Gay Games. The parade starts at 2 p.m., with the theme, “Call for the law, equality for all.” As the Hong Kong government has actively passed laws to conserve butterflies, that image is being used to focus citizens’ attention on the fact that all queer citizens need a safe, suitable environment in which to blossom.

Pride Western Australia is Perth’s big gay blowout for the year. Scheduled for November 24 this year, the parade has grown from humble beginnings in 1993. There are also events throughout November, including Fairday on November 3.

Fairday runs from 1 p.m. to 10 p.m. with a theme of “County Fair.” Expect to see 10,000 attendees browse the vendor booths, participate in potato sack races and dunking events, and even go for pony rides. Market stalls sell everything from packaged foods to non-alcoholic drinks, merchandise, clothing, and souvenirs—and also provide information about causes or associations.

“I Made A Gay Film Inspired By My Experience Falling For…

OnlyFans Creator Arrested for “Obscenity” over images of…

You will love recent production by Reno Gold – “Elf Fuck”